I’ve been listening to a lot of kpop lately. It’s been mostly Wanna One, but then my Pandora played me some old Super Junior songs.

Don’t get me wrong, I love the new kpop, but the Mr Simple and Sorry Sorry era of kpop has yet to be outdone. Those songs are so great and the video are shots really well. The dance choreography is confident and strong. The outfits are classy and timeless. 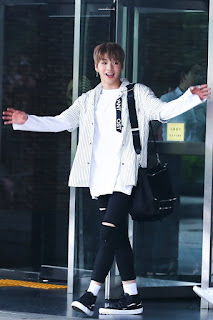 The fashion that they wear in those videos are great. I think that a nice well-fitting suit looks better on a man than literally anything else. It is fine to dress more casually and be trendier, but that classic look will always be my favorite kpop fashion.

Fashion in Korea goes through some interesting stages. The culture is really community based and you see friends and groups dressing in a style very similarly to each other.

One look that I didn’t particularly like, but saw lots of girls in Korea wearing was the overalls with a big white t shirt underneath. I’m trying to figure out where that fashion statement came from. But, if you look back a couple of years ago, everyone was wearing it. Really crazy. Even on Return of Superman, you would see the moms wearing it.

I think that Korea is a really close knit community. So, they like to dress alike. When something is in fashion, everybody wears it. This is for the most part anyway. I’m sure there are people that don’t participate, but you see it more than you do in the united states. Here, were I live, there’s more well defined groups and cliques that dress like each other. There’s the Goths, and the jocks, and other cliques, and each one has its’ own fashion. I think it’s nice how in Korea they are more group minded, although I can see it’s not for everybody. It can also be annoying when you don’t like something and ever people pressure you to wear something just because they are.

I really wouldn’t want to wear the t shirt and overalls that everyone was into a few years back, but I’m sure the pressure to conform to the fashion standards depend on your friends and how understanding they are.

Fortunately, k-pop fashion changes very quickly and so if you don’t like something, you don’t have to tolerate looking at it for very long. That also means that if you do like something, it won’t be around for long. So wear those styles while you can!

Seoul seems to be a big part of the international designer culture now, too. They have the really big fashion shows there, which is great if you’re into Korean fashion. They say that the traditional stuff has influenced to modern fashion, but I’m not convinced. I think that kpop has influenced the modern fashion more than the old stuff has. And, kpop was strongly influenced by American pop, especially in the 90s. You can’t deny that America invented boy bands, or at put them on the map. The Backstreet Boys and N’Sync cannot be forgotten. Even Justin Timberlake’s career is still going. But, it all started with I Want It That Way and Bye Bye Bye. Now, we have Wanna One, BTS, EXO, Got7, and so on.

But there’s no denying that the inspiration for all of it was those original boy and girl groups. None of them played instruments. They just sang, danced, and looked pretty, and we were totally fine with that. I think that modern fashion in Korea was influenced by Kpop, which was influenced by American music. I don’t see much traditional clothing action going on there.

Welcome to KpopFashion.net's official blogger account. We'll keep you posted here about updates to the site. We'll be posing more about korean fashion, kpop fashion, buying korean clothes and brands online and all things related to the Korean things we all love.


Talk to you soon! 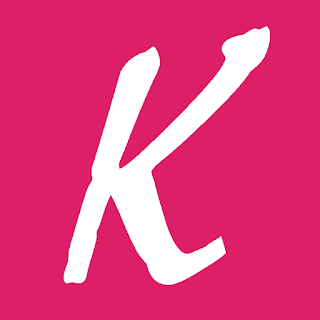